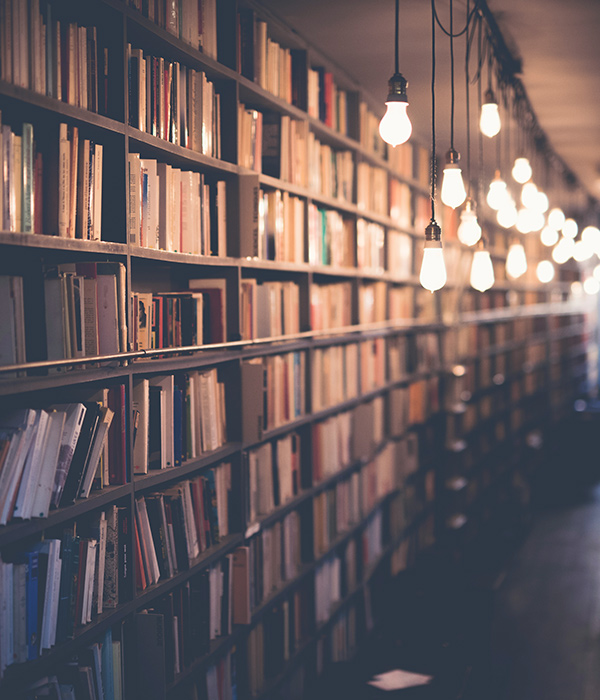 To speak of the library put here at your disposal, necessitates first of all speaking about the Man, to whom the library belongs.

Wont to say “Les peuples heureux n’ont pas d’histoire” (Contented peoples have no history), he was the guide par excellence to those in adversity. Showing them, through a gentle and gradual escalation, the triviality of the worldly things they hold sacred, and the way to surmount the sufferings of loss, while pursuing what is far greater, namely the Spiritual object of our evolution. In this same context of worldly things, he differentiated between our keeping them as means, rather than as ends in themselves; money is good, he would say, as long as it does not become an end in itself.

Born in Cairo to a well to do merchant, who suddenly lost his wealth on account of a word of honor, Fouad, the youngest of several brothers and sisters, excelled with honors every year of his primary and secondary schooling, at the most strict of schools – The French Jesuit Fathers – in Cairo. He then graduated, again with highest honors, from the School of Medicine at Cairo University, specializing in pulmonary disease, and undertaking besides independent studies in Psychology.

An emotive youth, as opposed to an intellectual or an instinctive one, he was never inclined to pursue the ways of “success”, but rather the ways of the deeper meaning of life, and in this context he practiced what he preached: Spending his mornings at work, earning his living, and the afternoons and evenings, in pursuit of the Ways towards the Absolute.

Whether residing in Cairo or the smaller towns of Egypt, as his work assigned him, his studies converged from Philosophy and Psychology, to the Spiritual disciplines originating from all over the world. His 4000 book Library (in three languages) is therefore the culmination of this; gathering from the one side works of the Occident, such as Sartre, Kierkegaard, Hegel, Jung, Freud and Adler, and from the Orient, those of the Early Fathers of the Church, Sri-Aurobindo, Vivekananda, Mohei El Din, Plato, Plotinus, etc… to name but the first that come to mind.

But, as we said, Dr. Fouad was not merely erudite; for him erudition was according to him but a means to an end. The end here in question is none other than Gnostic Consciousness, known in Christianity and Islam as the Second Birth, and further East as Nirvana and Moksha… This he summed up in saying “A true Philosophy is one that leads to Freedom”.

His means of attainment was the Christian Esoteric Tradition of Oriental Orthodoxy, as indoctrinated by Boris Mouravieff in the 1960’s and with which Dr. Fouad in turn indoctrinated and guided a number of disciples in Egypt and North America. Those who were of Islamic background, he guided up to a degree common to both religions, and set them on the track to pursue their further evolution under a master of their Tradition. Moreover, he used supporting elements from all authentic Traditions, as Sufism, Hinduism and Buddhism, such as the Unicity of Being, Karma, Maya, etc… and went as far as using elements from atheist philosophers such as J.P. Sartre, which he found apt to expedite growth in his students, as they live saturated by the modes of modern western culture.

Talking of Dr. Fouad Ramez and his Oral Teaching can constitute several volumes in itself… but this is not the place. As for his Library, it provides a priceless tool for those following a similar path. His students’ initiative (starting with our brother Tawfik Mahfouz, creator of gnosisinarabic.com) of keeping it intact and in an electronic format, allows us now in turn to avail it to those at a close proximity from Didaskalia Alexandrias’ premises in Cyprus. Needless to say, with the advancement of the DA Program initiated here, and with the sprouting of similar programs elsewhere, DA will be happy to make it gratuitously available to such serious initiatives.

Here-follows, is a PDF document of the Library content. This in itself may be useful to some who have acquired interest in esoteric philosophy, or who have taken definite steps therein, but are at a loss in the search for books in our contemporary bookstores and libraries, that have millions and millions of titles, most of which are of little or no use to Real Emotive and Spiritual growth.

We offer you this on behalf of those who made it accessible, in the hope of “being useful”, and with our humble supplications for Dr. Fouad’s blessings in our use of his heritage, remembering his instruction “Keep this Library intact, for it has all that is needed to gain the True Path”.